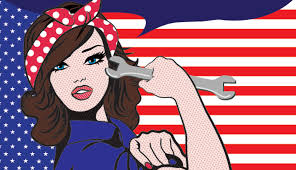 OVER BREAKFAST, SUNDAY, I HAD THE FOLLOWING DAY all plotted out. The cute weather gal promised the mercury would climb to 105, Fahrenheit, so LABOR DAY morning there would be no meditating in my garden swing; a half-hour at my work desk would have to suffice. Then, after an hour of working out, and a shower, I’d be cramming the rest of the day to the brim with writing.

Wait, Jay! The rest of the day would NOT be crammed with writing. You’d be setting the timer for fifteen minutes. some already know what would happen when the alarm went off. The rest might want to glance at this: THE DEVIL IS IN THE DETAILS –as soon as you finish this post. To both groups, let me, by way of a thumbnail sketch, say that every quarter hour I would leave my Oasis-of-Writing and enter the Sahara Desert; that is, four circuits around the inside perimeter of the front of my house. Only then could I re-enter my air-conditioned oasis, sip my coffee and write.

My goals for Labor Day were two-fold: I would write a short post for this,  my revitalized and gussied-up blog. After the blog post, I would compose a post for FanStory, a writer’s site of which I’ve been a member for over ten years. The post would explain the reason for my absence from my FanStorian family. I supposed some of the family might have noticed my chair has been empty at the reviewing dinner-table.

Others probably cheered the extra grub.

Point is, I had explained to only a handful of writers whose posts I reviewed regularly about my “vacation” from FanStory. Nothing particularly profound. I had simply burned out. This post, then, was an appeal to the rest of the members to be kind about my personal reasons for not being around.

Cops, teachers, tailors, salesmen and sailors–all get their vacations. And so should I.

And so am I! For at least the remainder of September.

I’ll bet my perceptive readers were noticing this post has been peppered with scads of woulds, coulds, and shoulds. Not only did they create annoying echoes, but they also indicated a lot of, heretofore, unfulfilled future-speak.

Allow me to take the steps to “fulfill” that now. Permit me to go back to Sunday, when, you’ll recall, I’d laid down my writing plans for Labor Day.

THERE WAS A BIRTHDAY PARTY to attend at Joe’s, my son’s house, Sunday evening. It had been a scorcher, at 111 degrees, obliterating an 84-year record of 105. Or so Bakersfield’s perky weather gal from Channel 17 cheerfully told us on the five o’clock.

Driving my HHR the three blocks to my son’s house, clutching a hand towel to the palm-frying steering wheel, I wasn’t prepared for what I saw. Lying heavily against the horizon were charcoal-to-black clouds pulsing like they were living beings, and leaning my direction. By the time I pulled into my son’s driveway, bits of paper and leaves already swirled above my car, and sand pelted my windows.

And then it was still. I used the time to race to the door.

Once inside, I surveyed the front room and dining room, smiling, raising a hand in greeting.

“Crazy weather,” my daughter, Sunshine told me, handing me a bottle of water.

“The gal from Channel 17 said we had a slight chance of thunder storms,” I said, “but she’s been saying that for a week.”

I settled in, greeted the birthday girl, put my card with the rest of them and small-talked with my kids. We awaited Kimberly, my daughter-in-law, to return with the ice cream cake from Albertson’s and Chinese from Panda Express.

Joe motioned me to the sliding-glass door in the den. “Want to show you something in the back yard.” He slid the door open and we exited. We maneuvered around patio chairs and a table and crossed to the drained fish pond. A couple-hundred pounds of limb lay across it. “The leaves match that tree over there.” He pointed to a tree about thirty feet away. We went to it and gaped up into its bow. We couldn’t see evidence of where it was ripped away from its parent.

I glanced back to where the limb lay. “I don’t see how it could have got there unless the wind carried it.”

We marveled over one more of nature’s mysteries Californians aren’t usually privy to, then went back inside.

Kimberly had returned with the food and cake. While we were eating, the rain pounded on the roof so relentlessly it drew everyone to the picture window, where we all gawked in awed silence at the raw power of nature. (Folks, this is California. We cower at the thought of an earthquake’s unpredictability, but we don’t burden our sun-bleached minds with rain showers, flash-flooding, hurricanes or tornadoes.) So we stared a while, and then we went back and ate.

It usually surfaces sooner or later: I’m not much of a social being. My kids have grown to accept that, and often, when a gathering is a couple of hours long, one of them jibes, “Dad’s got that gotta-go-feed-the-dog look.”

I generally grin back, foolishly, and blush, realizing that someone had zoned in on my vacant gaze or tapping toe. We’d already eaten, and my granddaughter, Caitlin, had opened her presents. In case any of you wondered, twice, I had excused myself to walk down to the corner and back, a total of some hundred-and-fifty yards. (Fitbit is an unrelenting lover, though the guests probably assumed it was a bout of senior gas.) One trek was before the rain, one afterwards.

“You need to feed Serius?” my oldest, David, chimed in.

I laughed, but followed with a serious tone, “I am a little worried about him. He’s not used to being alone when there’s all this noise.”

They teased me a little more, and then I left.

That night, at the eleven o’clock, Lori–dang, but she’s cute as a button–lavished a solid ten minutes of commentary, with all the enthusiasm only a weather-person can muster, and introduced videos that viewers had sent in of the storm’s ravages in the various parts of Bakersfield. Within a span of about a quarter hour, intersections had flooded, trees were uprooted, and one ten-foot stump smoldered where there had been a full-grown tree before the zap!

Seven-thirty the next morning, Labor Day, I awoke bristling with enthusiasm for the day’s promise. I’d begin with a cup of coffee and a bowl of hot millet, with nuts and blueberries swirled through it. First, though, I weighed myself–the results syncing to my computer/Fitbit home page–160.4 pounds, the same as yesterday and the day before. My weight appears to have flatlined.

Tapping the thermostat to “off”, I padded, still barefoot, to the bathroom window. I like to open the house to fresh air first thing in the morning, with just a box-fan to circulate it; unfortunately, by noon the heat would be so oppressive, I’d have to close up, and replace the sound of summer birds and the occasional car passing my house, with the rumbling of the twenty-year-old air conditioner. Still, I owned about five hours of fresh freedom.

I swung the window out to the view of the back yard, where early in the spring, I’d planted English lavender, and four fruit bushes against the back fence and climbing jasmine, spaced three-feet apart against the east wall. Innocent children, all, and all spoiled rotten.

One more thing, before I return to the opening of the window. Between the back fence and the east wall, I had traced out a roughly tear-shaped plot, tilling it, mulching it, and leveling it, all in preparation of a fall planting of spongy dichondra grass. Around the perimeter, I planted rose bushes, evenly spaced, and as with their siblings, I spared no coddling.

I swung it open, ready to breathe in the garden’s fragrance (largely illusory, owing to its tender youth), but blinked instead at a gigantic limb, lying diagonally across my backyard, part of its mother’s trunk attached. My roses! My fruit bushes! My babies!

I threw on my cargo shorts, strapped sandals to my feet, and raced to the back door, clippers in one hand, chainsaw in the other. Anxiously, I clipped back this limb and that, surveyed the casualties the way a general, after a battle, would kneel beside his fallen men. Thankfully, not one of the rosebushes had been clobbered by the heft of the main branch, easily the size of my thigh.

Noon found me still at it, naked to the waist, clipping away at the smaller branches and chain-sawing the main limb into five four-foot chunks that would easily fit into the bed of my son’s pick-up. I checked each rosebush one last time, and gathered my tools. Feeling the tickle of sweat trail down my back, I glanced back from the doorway to appraise the morning’s labor, and nodding, smiled.

There would be no writing today.

Tapping away at a keyboard is not the only way–not always even the best way–for a writer to connect with what’s meaningful in his reality. Many writers feel their mind and experience, alone, connect to create their reality.

Call it an intervention.

Leave a reply, a rant, or a giggle Cancel reply